A Batch of Reviews #2

Is it commonplace nowadays to go into a film knowing you’re not going to like it? Park Chan-wook’s South Korean original set the bar so incredibly high the only way left was down. Fortunately, or unfortunately, the American market didn’t seem to care. Unknown to many is the “producer’s formula” that magically calculates box office results rather than critical reception. Hoorah!

Without giving too much away, Oldboy unravels the mystery behind Joe Doucett’s 20-year imprisonment and more importantly, his release. Mysterious figures, messed up figures, and all in between are supposed to come together with the purpose of creating a fierce storm of pure creativity. However, we are stuck with holes in both plot and character, shock value gone wrong, and an American view point that ceases to succeed.

Trying to act like the 2004 version never existed was damn near impossible. I was constantly comparing characters and story, mostly critical of Lee’s changes. Joe Doucett v. Oh Dae-su, Josh Brolin v. Choi Min-sik, Adrian Doyle Pryce v. Lee Woo-jin, and so on and so forth. On almost every account the victor seems to be the latter. Film’s adapted from the Asian market tend to be 50/50 when it comes to audience satisfaction, Oldboy just happened to be on the wrong side of those numbers.

So this mini-review can go two ways. I can either actually talk about the film or I can rant about Jennifer Lawrence being in big budget Hollywood Blockbusters… hmmm. It’s certainly a tough call, to keep to the original format or to not? Well, how about this, since I seem to have chosen this three paragraph structure, I can fairly and somewhat concisely do both. See, everybody’s happy, I’m turning that “or” into an “and.” #smileyface.

The Hunger Games departed with both Katniss and Peeta winning the games through clever manipulation, a.k.a. almost eating bad berries. Anyways the second installment to this Battle Royale-stealing franchise picks off with everyone depressed. Sure, our heroes survived, but the society they’ve come back to is quite quickly withering away. Yada, yada, yada, things happen and boom, Katniss and Peeta find themselves back in the Hunger Games, only this time they are up against past winners. Oooooooooo! I make fun, but this time around Catching Fire gave a decent B story, brought more interesting characters, and allowed the mains to evolve further. Not necessarily my cup o’ tea, but I award it for tickling my interests.

If we take J.Law’s indie stuff – Winter’s Bone, Like Crazy, Silver Linings Playbook – and compare it to her big budget stuff – X-Men: First Class, The Hunger Games, The Hunger Games: Catching Fire – I will pretty much take the former every time. Although she first got my attention from her role in X-Men, it was her portrayal of Ree in Winter’s Bone that blew my mind in the upmost aggressive manner. Obviously Lawrence can handle anything, but I truly believe the real beauty of her work comes out when she is pushed emotionally rather than physically. Indie scripts tend to cover that in spades. 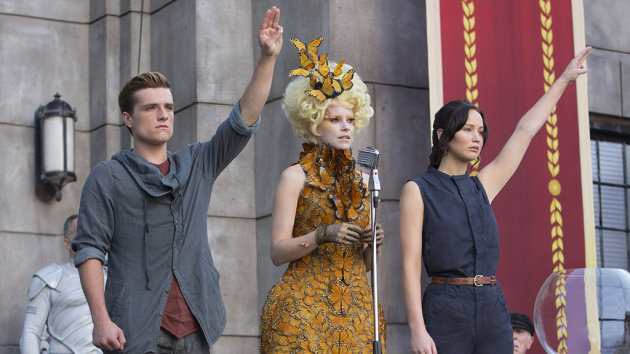 The Last King of Scotland

I remember my parents watching this years back and having no interest, so of course like a young child I left the room. Then again, there would have been no appreciation for the film as I hold now. My connection with Nicholas, the unshackled class of acting, social issues, and an idea of the times all would’ve been lost. The only thing I know for a fact my young teenager self would have noticed was, and still is, Washington’s beauty.

Cut to the present and you’ll find me trying to expand my mental film library. The approaching Oscars put me in a weird mood, making me feel like I should know everything. So naturally, I started with past Oscar winners with the hope of some sort of inspiration. The Last King of Scotland follows a semi-real narrative about Ugandan dictator Idi Amin and his personal physician Nicholas Garrigan. Basically your typical story involving corruption and power, but in this case the theme is actually pretty accurate.

Whitaker won the Oscar for this film giving the performance of his lifetime. His character’s slow unraveling was brilliantly twisted to watch as he constantly tricked us with his perceived innocence. Yet Whitaker did not stand alone, as McAvoy and Washington brought both warmth and break to the heart. By this time I was already well aware of Mr. McAvoy’s range as most of his filmography was known to me, but most of Whitaker and Washington’s still eludes me. A mistake worth mending. The Last King of Scotland (2006) directed by Kevin MacDonald

With my Oscar craving unsatisfied, I quickly moved ahead to Polanski’s The Pianist. I had heard about this film, but never really garnered enough interest to take any further steps, it all seemed too serious to me, too mature for my liking. Then with the reinforcement of an education and emotional evolvement my courage exponentially heightened allowing for a fruitful viewing. Although, thinking on it a bit further, “fruitful” isn’t the most accurate of all the descriptive words out there. Straining might be a better choice or perhaps an emotional punch to the face.

Polanski’s adpatation of The Pianist details the life of Wladyslaw Szpilman during Nazi Germany’s occupation of Poland. This gradually sloping film delves deeper and deeper through heartache and loss, never censoring itself for the sake of any view. Reality parallels the harsh nature of humanity, but through it brings to light the perseverance of an individual. Szpilman loses all there is to lose. At first it is difficult to stake the life of an individual against the atrocities of war, it almost seems like a guilty task by nature, yet as the film crawls forward that precise notion speaks louder than you might formally perceive.

Say what you will about Roman Polanski. I personally am lacking almost all information of his controversy to have an educated opinion on the matter. He might be a dick, I don’t know. What I can say with certainty is he has created a couple of my favorite films of all time. Besides The Pianist we have Chinatown, and besides Chinatown we have Rosemary’s Baby. On top of that he really knows how to pick his actors. Brody’s well deserved Oscar-winning performance blew my emotions into smithereens, I mean the tiny mannerisms he brought to life in his character throughout the film were incredible, truly one of the best progressions in film. There is no doubt The Pianist will beat you down, but the climb back up may be worth your while.

The Pianist (2002) directed by Roman Polanski

I’ll admit, I was expecting a little more. The Coen brothers’ filmography is a thing of beauty, only matched by a select few throughout the industry’s existence, which is why I feel out of place nitpicking. Still, these two only have themselves to blame for raising the bar as high as it is, so all’s fair on my front. It’s hard to nail this one directly on the head, but I’ll say there was a certain “oomph” that seemed to be lacking. I loved the idea and I loved the character… yeah, those two were good.

In the past couple of years Oscar Isaac’s been given countless opportunities to exhibit his talent. I first remember him from Drive and then a small little film called Revenge for Jolly! that no one saw, then he got bigger with The Bourne Legacy and now he’s headlining. A large part of my anticipation directly stemmed from his involvement with the film, as I strongly believed Inside Llewyn Davis would be my number one film of 2013. I was wrong, but at the same time my intentions are not to paint you a false picture. The film is good, much better than what 2013 had to offer, it’s just not great.

Like I said before, the character of Llewyn Davis was a plus, but the main problem this film had was its conflict. The stakes and struggles Llewyn had to bare fading from being wealthy and thus unable to push the character into a tight enough corner. In other words, we didn’t get to see what the character was entirely capable of, I felt cheated. How many times have we seen the Coen brothers bring a character to life by putting him or her through the absolute ringer. They’re brilliant at it, which doesn’t make me feel any better. I don’t know, maybe I’m wrong, maybe I missed something, in all honesty I’m willing to give the Coen’s the benefit of the doubt. The soundtrack was good though. 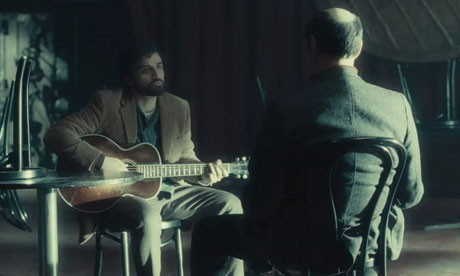 One Response to A Batch of Reviews #2